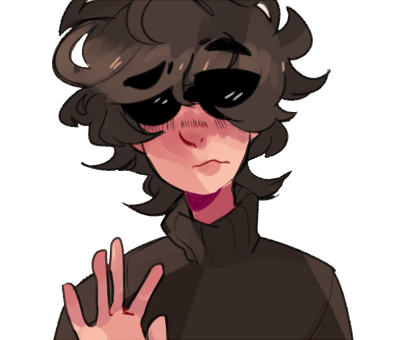 Maxwell “Blackbird” Lee, born December 17th 1943, is a brat with good intentions. He is mute for the most part due to abuse from his father and rough early life, though feels comfortable when singing and speaking to his partner and fellow bandmate, Andrew.

Appearance-wise, people think he’s a bit pretentious, and is the kind of guy who wears sunglasses indoors. Despite his quiet demeanor, he tends to get into fist-fights a lot. This is one of his many self-destructive behaviors, and usually only occurs when he’s upset--which is a lot. He is very bad at showing emotion, or discussing his depression, as his father taught him to not show his feelings as a kid. He has a bit of a pill addiction as well, again a self-destructive behavior due to his father leaving them around the house.

His mother was a very kind woman, who made sure he was well-off financially before she passed away when Max was fourteen. Without this help, he’d never be able to afford his first--and favorite guitar, a Gibson Les Paul that received various modifications throughout the years.

Maxwell was briefly, and not by his own will, involved with a girl by the name of Veronica. She was the "leader" of the school, and took a liking to Max for his seemingly tough appearance. It was soon that she learned he did not live up to any of her unrealistic expectations, and only served as another person who treated Maxwell poorly in his life. Maxwell became more introverted, and if even possible, quieter after Veronica came around.

After some time, Veronica harshly rejected Maxwell and set her pack of more popular students after him and Andrew. They became the outcasts, but didn't mind much, for all they really needed was one another. They graduated soon after this, and after moving to Brooklyn together - Veronica was not a factor in Maxwell's world.

Maxwell enjoys classics and began learning guitar via basic blues riffs that were popular during his teenagehood. This eventually branched into a love for rockabilly music, Buddy Holly in particular--though not limited to him. His own personal music tastes eventually inspired the songs he would compose alongside Andrew.

Maxwell and Andrew’s band, “The Heavenly Hosts”, never had a definitive point in time which it was created. The pair played short things they wrote and covers in Andrew’s garage

Maxwell is generally always listening to music, and tends to repetitively listen to songs as a form of stimming and controlling otherwise bad behavior. Rockabilly is his main musical inspiration and favorite genre. 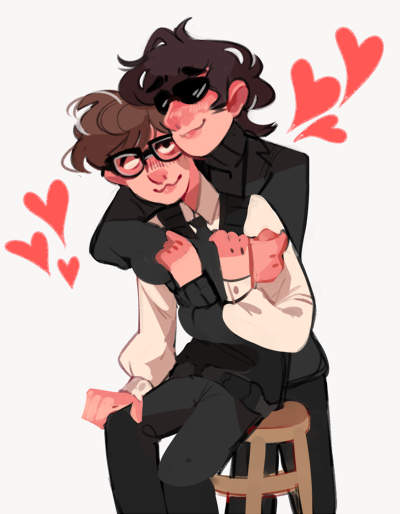